Home » » Thoughts » Why is physical punishment to a horse never acceptable?

September 7, 2013 / Comments Off on Why is physical punishment to a horse never acceptable?

Why is physical punishment to a horse never acceptable? / quote

“The reason why punishment is not useful is because it’s late, it’s badly timed. And a horse does not understand it. To them it is just being hurt for no reason.

Betty Staley talks about punishment very well in this series of DVDs and I can not help but convey her words of wisdom. Punishment, such as hitting the horse with your hand, your whip or your spurs, is just a completely useless act. Ultimately, such behavior can put you at risk and you obtain a result that is opposite to what you look for.

We should always keep in mind that horses have a very strong sense of self-preservation which, combined to a remarkable memory, will teach them very quickly to be afraid of humans if approached and worked with this punishment method.

For those who took some time to think about life, about their relationship with other beings (human or animal), they will probably not need to be convinced. For the others, as life does not always leave us the opportunity to think about real, deep and essential questions, some more practical arguments should be enough to convince them: 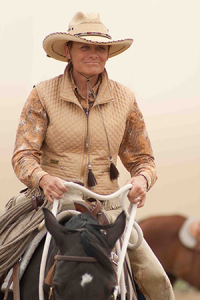 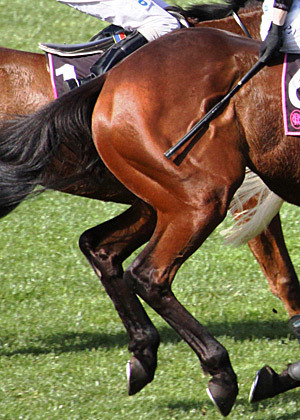 To become a good horseman, you need self-control, humility and respect:

Yep, you may want to sell your whip and your brand new shiny spurs!