September 29, 2014 / Comments Off on DVDs: A Real Horse Whisperer by Monty Roberts

Many people told me how wonderful Monty Roberts was, what a great method he had developed and I really wanted to know more about that horseman… Well, I have been very disappointed! Naturally, I started with his major DVD, that is Monty Roberts: A Real Horse Whisperer as I wanted to understand the man, his method and in particular his famous Join-Up. “I didn’t create anything at all, I only discovered what nature already had in place.

Join-Up: one of the most famous horsemanship marketing product

So many people advised me to learn more about the Join-Up to work with horses that I spent some time to study many videos of Monty Roberts, read some articles related to this practice and some “scientific” comments. In A Real Horse Whisperer, Monty Roberts explains the (supposedly) genesis of his method: Monty’s theory is said to be based on facts observed in nature _ a mare preventing a colt to come back to the herd in order to punish it. At first sight, it sounds quite pleasant, but Monty Roberts’ practice of the theory is completely different: 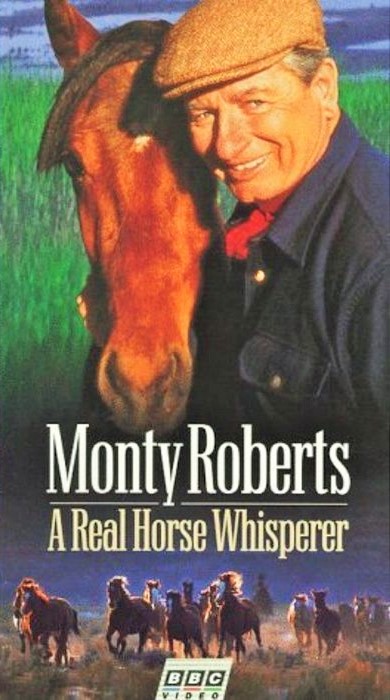 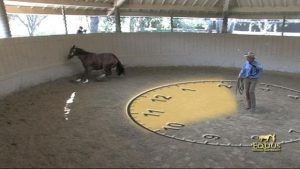 Equine behaviorist Dr. Robert Miller: “Monty wants this horse to see him as a surrogate herd leader. For example in his round-pen techniques, he takes a line and frightens the horse by throwing it out. That frightening visual stimulus, the horse moves and he keeps it moving. And he keeps the horse moving until the horse is gone his biological flight distance, roughly a quarter of a mile […] And then the horse will start to signal with body language _ lowering the head, licking lips and chewing _ it starts to signal: “I’m in big trouble, I’ve run the necessary distance, that thing is still chasing me, I’m afraid I’m gonna die, I need help, I need a leader… and the only game in town is the man in the center of the pen.” […] When the horse signals a sufficient level of submissiveness, Monty suddenly becomes passive and non-threatening. He turns away, lowers his gaze, immediately becomes passive.
This horse then comes to him and in effect asks: “Would you help me? Are you my leader? I need help.” And he then, without frightening the horse, requiredly strokes the horse. […] Then he has what he calls Join-Up.”

Robert Miller describes quite well what the Join Up is and I still wonder how the horse world can consider this practice being efficient and nice to horses. Basically, the idea is to frighten the horse to the point where it has to submit in order to stay alive… I’ve seen more gentle approaches.


Scientifically, it has been showed several times that increasing the level of stress or pain in a horse (see the barbarous tool that is a twitch for instance) will release a wave of endorphin that causes the horse to calm down and obey, in other words it becomes too numb to realize what is happening around.
“[The horse] starts to signal “I’m in big trouble, I’ve run the necessary distance, that thing is still chasing me, I’m afraid I’m gonna die, I need help…

All this DVD is built around an experience made by Monty Roberts: he, chasing and taming a mustang in the wild. When Monty is presented as a “superhero” daring to face death [sic] in this adventure, the horse is introduced as a man killer, a dangerous creature on Earth: “Those jaws can crush a man’s leg […] and that hind leg, when it kicks, it is frankly lethal.”
Monty Roberts explains how he has been riding all afternoon, all evening and all night long to chase the wild mustang he picked in the herd: “The first nearly hundred miles was fast, furious, wild, difficult… and the horse was very restless”!!!

From that moment, Monty Roberts was accompanied by an assistant to work the horse in order to put a halter on him. The mustang has been exhausted and frightened for hours until it is caught and haltered. On the day after, groundwork starts. Here comes another registered product: Equus. This is supposed to be “a language of the body, of the body position, motion, speed of motion, and direction of motion”. Yet, except the Join Up method previously mentioned, we see no other particular example of that Equus during this colt breaking (nope, Monty does not start colts, he breaks them). 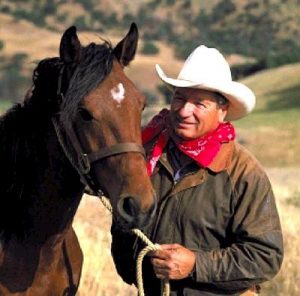 The climax of that experience is when the horse is finally saddled, then comes another assistant (a rodeo rider) who will be in charge of getting on the horse while Monty holds the mustang that is flanked by a second horse. After ten attempts of jumping on its back, the rider can seat on the saddle and this is called a great success…

“No information has come to me to verify that anybody else before me has ever learned this communication system.

It is not questionable that Monty Roberts certainly was a good rider (I use the past tense as it is quite hard to find videos showing him actually riding a horse), maybe not so good a horseman though. He has built his business by marketing a different approach, that would have been revealed to him by Nature.
The problem is that nothing is new in his method. His pillar _the Join Up _ is a method used and described by his own father in a book wrote in the 1950’s: Horse and Horseman Training (page 55: ‘Training to Catch’).

And all the rest is a bunch of lies: 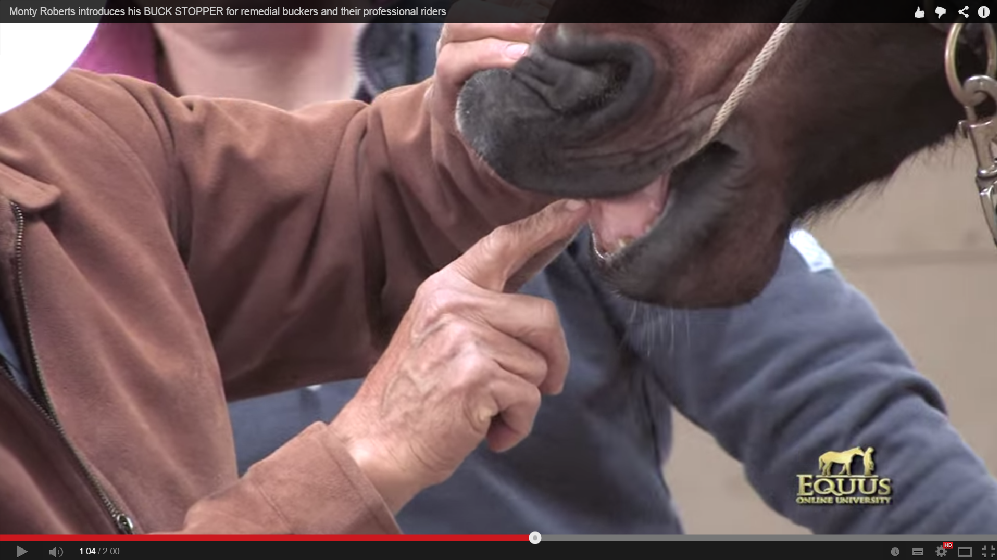 One of the worst

As a conclusion, I have to say that Monty Roberts is one of the worst horsemen I read about. There are those who love horses and live for them (Tom Dorrance, Ray Hunt, Buck Brannaman and more whose names we will never hear about), there are some who do not tell the whole truth in order to make money (Clinton Anderson, Pat Parelli) and there are some who lie in order to take your money, whatever happens to the horses, this is the least of their concern…

Tip: Sources of that article can be found for free on the internet.